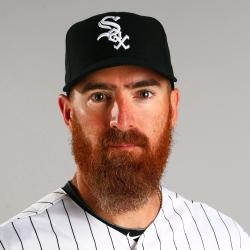 Adam LaRoche retires over dispute over his son being in clubhouse

Adam LaRoche walked away from baseball and a $13 million salary for this season. He chose to step away after team president Kenny Williams asked LaRoche to limit how often he brings his 14 year-old son to the clubhouse. Williams stated that LaRoche's son Drake had been present 100 percent of the time. Williams said the White Sox have no problem with players' children being around, but he felt like LaRoche needed to dial it back.

LaRoche had a horrible season in 2015. He hit .207 and only 12 HR. He did not have much value going into fantasy drafts. His absence will leave a big hole in the White Sox lineup. His departure could mean more at-bats for guys like Austin Jackson, Jimmy Rollins or anyone they may promote.