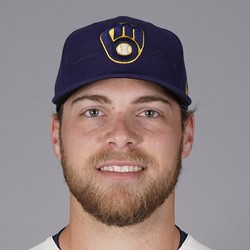 Corbin Burnes allowed seven earned runs while recording two outs in relief in the Brewers' 12-8 loss to the Braves on Friday.

Burnes just can't stop giving up home runs, as he served up three in this outing and has already serving up a whopping 14 bombs in 27.1 innings, a 4.61 HR/9 rate. That ties him with David Hess and Trevor Cahill for most in the majors, and both Hess and Cahill have pitched over 40 innings. Burnes probably doesn't belong in the majors right now.