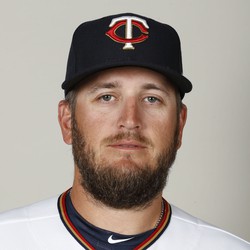 Glen Perkins, who is currently ailing from a left posterior shoulder strain, has been placed on the 60-day disabled list. Perkins first suffered a torn labrum last season which required surgery. The former closer will not rejoin the team until June, at the earliest.

The fact that Perkins is not rejoining the big league club to start the season isn't news. However, we now have a general timeframe for his return. For now, Brandon Kintzler will handle the closer duties in Minnesota. Should he struggle in the early part of the season, Perkins could work his way back into the conversation. This is a situation to monitor for those keeping tabs on potential sources of saves this season.