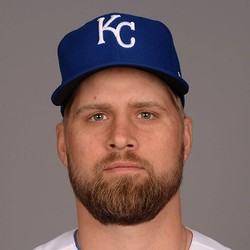 Kansas City Royals right-hander Glenn Sparkman was solid in a 4-3 loss to the Twins on Saturday. Sparkman allowed two runs over five innings while striking out four.