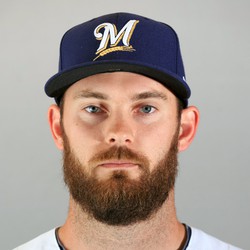 Taylor Jungmann struggled against the Reds on Saturday evening at Miller Park. He allowed two runs on three hits and four walks over four innings while striking out three batters.

The Brewers want to see what they have in Jungmann going forward, so he'll get one more start when the team travels to Colorado for their season finale. He has some work to do this offseason if he wants to win a rotation spot in 2017.