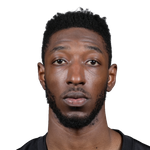 Many dropped Allison after a zero-target Week 1, though he bounced back in Week 2 in a matchup against the Vikings, who were without their starting slot cornerback. Allison skied over defenders for his touchdown in that game, highlighting what he's capable of in his big-slot role. The Broncos have Kareem Jackson covering the slot now that Chris Harris is perimeter-only, and that's not a great thing for Allison. Jackson has allowed just a 64 percent completion-rate (this is very good for a slot cornerback) and 11.4 yards per reception over his last 18 games, while not allowing a single touchdown on 98 targets in coverage. If there's any positives, it's that Jackson is just 5-foot-10 and 185 pounds while Allison is 6-foot-3 and 202 pounds. While I liked Allison as a sneaky play last week, he's more of a touchdown-or-bust option this week, leaving him on the WR5 radar.