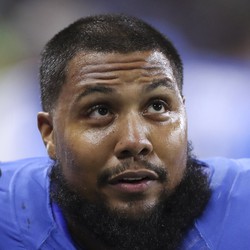 Gabe Wright drafted by the Detroit Lions in the fourth round

As a junior at Auburn, Wright put up excellent numbers and looked as though he would be a first round pick in the 2014 NFL Draft. He ultimately decided to return to the Tigers for his senior season, where he transitioned from defensive tackle to defensive end on a crowded and talented defensive line. His lack of production at DE allowed him to fall to the Lions in the fourth round, where he was selected as a DT. Wright will likely not be the immediate replacement for Ndamukong Suh and Nick Fairley, who both left the Lions via free agency this off-season. He is, however, expected to produce in the Lions rotation, as they groom him to become a regular starter.