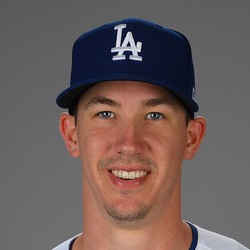 Where you take Buehler is all about your approach to pitching in a shortened season. There's a case to take him in the first round, as he has the pure stuff to be the No. 1 pitcher by season's end with his 29 percent strikeout rate and five percent walk rate in 2019.

Walker Buehler allowed two runs on three hits and two walks across 2.1 innings Thursday against the Athletics. He struck out two.

The major blow was a Matt Chapman opposite-field homer in the first inning. Buehler settled down after that, but he struggled with command throughout the outing. Buehler is poised for a strong season, so he'll put this start in the rearview mirror.