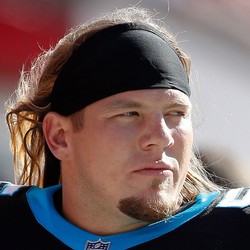 David Mayo received his first start vs. Chicago in place of Luke Kueckly and only recorded three stops in the loss. It had been a favorable matchup for Mayo vs. the Chicago run game coming into Week 7 as Chicago ranked sixth in points allowed to linebackers.

The defense as a whole did well keeping Chicago's Jordan Howard held to 65 total yards. But it seems Mayo had little to do with that. Mayo struggled in Week 6 after taking over for Kuechly and now in Week 7, he didn't produce much. With Thomas Davis and Shaq Thompson the more relevant players, while Kuechly is out, fantasy owners should be looking for a better weekly play until Kuechly returns. As of this past Saturday, there were favorable reports that Kuechley could return in week 8 vs. Tampa Bay. Coach Riveria stated Kuechly would again see a doctor on Monday and that he was making good progress in the NFL's concussion protocol. With Mayo's performance, Carolina may not side so much with caution and insert Kuechly back in the lineup as soon as he is available.