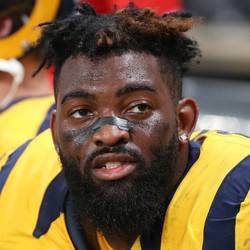 DT Michael Brockers is headed back to Los Angeles to play for the Rams after he and the Ravens couldn’t come to an agreement on final contract terms. Brockers gets three-years, up to $31.5M from the Rams.

Brockers had originally struck a deal with Baltimore a week ago, but it has since fallen apart after the two sides were unable to negotiate contract terms that accounted for Brockers’ high-ankle sprain he suffered at the end of last season. The veteran DT has only played for the Rams in his eight-year NFL career, and he’ll be back with the team for three more years. Brockers has only gotten better with age, recording a career-high 63 tackles last season. He’ll look to continue that streak, and hit a new career-high in 2020 and beyond.