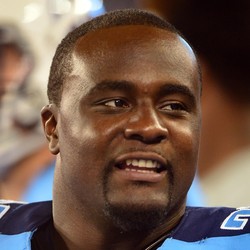 Veteran running back Shonn Greene was released by the Tennessee Titans Tuesday.

2015 was supposed to be the last year of a three-year deal and was going to earn $3.25 million this year. After two straight 1,000 yards with the Jets, Greene only mustered up 687 rushing yards and six touchdowns in his last two years combined. It was an easy decision for the Titans after drafting the bruising back David Cobb this year.