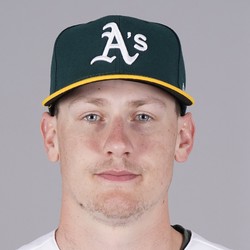 Murphy didn't show much in his September debut but he was a top prospect for a reason, hitting .293 with 20 extra-base hits in just 41 minor league games. Murphy should be in the lineup almost every day and can be expected to contribute in four categories.

Murphy had knee surgery in October and spent over 100 days on the minor league injured list last year. He showed some pop over 60 plate appearances for the A’s last year. Murphy is a popular flier at the catcher position, but is best left for deeper leagues for now, unless he can start hitting more fly balls.