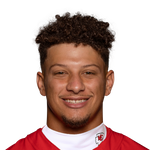 If you invested a first-round pick in Mahomes last year, you weren't happy with the results. In games he started, he posted QB1-type numbers in just 57.1 percent of them. However, there were some factors to take into consideration. One, he was going to regress. Two, he suffered an injury during the Week 7 game against the Broncos that seemed to affect him throughout the remainder of the regular season. In the seven games following that injury, he threw for three touchdowns just once, while throwing for more than 283 yards just twice. Was that a sign of things to come? Probably not considering he threw for 901 yards and 10 touchdowns in three playoff games. You must ask yourself, "What's the worst/best-case scenario with Mahomes?" prior to drafting him. Worst case was probably last year, where he was the No. 52 value-based player. That means if we'd drafted 2019 all over again, his value would've been correct as the 52nd player selected, so a fifth-round pick. Best case scenario is that he finishes as the No. 5 value-based player like he did in 2018. If you're somewhere in the middle, he's still worth a third-round pick with upside for more. Most of the time with Mahomes, it all just depends on your particular draft, as there are some who'll see him go in the first round of their 1QB league. You're baking in too much risk there. As a late-second, early-third round pick, you have some room for growth. Anything beyond that is just a steal. With the lack of offseason, it'll affect defenses more than it will offenses, so we could see a record-breaking year for Mahomes.