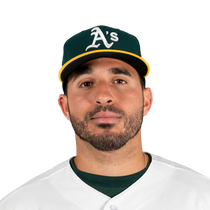 OF Ramon Laureano is one of the top candidates to lead off for the Athletics this season. (Source: Martin Gallegos on Twitter)

Fantasy Impact: Laureano and Mark Canha are the top candidates to lead off for the Athletics in 2021. Marcus Semien and Tommy La Stella led off for Oakland in 2020, but both players left the team during the offseason. Laureano has decent speed and a career .343 on-base percentage. An everyday spot at the top of the order would only increase Laureano’s fantasy value. The 26-year-old OF slashed .213/.338/.366 across 222 plate appearances in 2020. 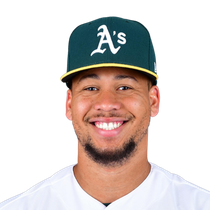 Frankie Montas (COVID-19) was cleared to join his teammates and arrived to camp on Thursday. (Source: Shayna Rubin on Twitter )

Fantasy Impact: Montas was placed on the reserve/COVID-19 list after testing positive prior to camp. He arrived on Thursday and should be all systems go by Opening Day. Montas struggled in 2020, owning a 5.60 ERA, 1.51 WHIP and a 60:23 K:BB over 53 innings. 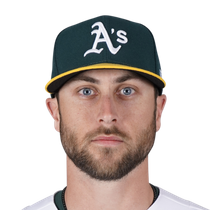 The Pirates acquired OF Dustin Fowler from the A's in exchange for cash considerations. (Source: Mark Feinsand on Twitter)

Fantasy Impact: Fowler was one a top-100 prospect but has struggled in the majors. The 26-year-old isn't currently on the fantasy radar. 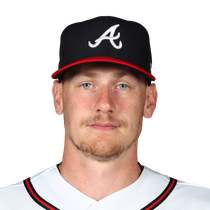 Sean Murphy will not hit for a few days

Sean Murphy (lung) has arrived at Spring Training, but will not be able to hit for at least a few days. (Source: Martin Gallegos on Twitter)

Fantasy Impact: Murphy is in the late stages of recovering from a lung surgery that he received this winter. He has scar tissue on his ribs that need to heal before he'll be medically cleared to hit. Murphy is a fringe starter at the catcher position heading into 2021. 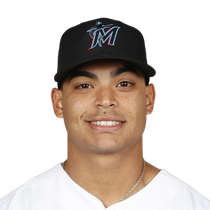 Fantasy Impact: After a lackluster 2020 season, A's manager Bob Melvin, A's fans, and Luzardo fantasy managers will be excited to learn that his first pitch on Tuesday was clocked at 98 MPH. Considering Luzardo's average four-seam fastball velocity was 95.5 MPH in 2020, Luzardo should see his stock rise if his velocity continues to increase. 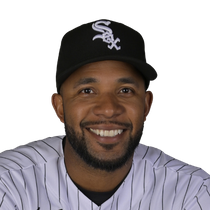 Elvis Andrus 'among top candidates' to hit leadoff in Oakland

Elvis Andrus, who was recently acquired by the A's via trade with the Rangers, is a candidate to hit leadoff, per manager Bob Melvin. (Source: NBCS Athletics on Twitter)

Fantasy Impact: “We have several guys that we’ll probably look at, but as far as experience goes, [Andrus] is the most experienced guy,” Melvin was quoted on Wednesday. He went on to add “On-base percentage plays into how we do that. We want our top couple guys in the lineup to get on base. And healthy, Elvis can do that. He’s really driven right now. He wants to resurrect his career, had some injuries last year.” The article went on to mention that Andrus has a career .341 OBP over 182 games when batting out of the leadoff spot. What it neglected to mention, though, was Andrus' struggles over the last few seasons. He finished 2020 with a horrid .194/.252/.330 batting line to go along with three home runs and seven RBI across 103 at-bats with the Rangers. With all that said, it sounds like the veteran shortstop will compete for the leadoff spot, which would make him worth a late-round flyer in fantasy leagues if he were to secure it. 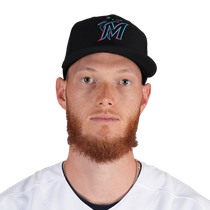 Fantasy Impact: Melvin added that the former top prospect "told me he feels great. He’s in great shape. Ball had a lot of life. He looked really good.” Well, this is certainly a ringing endorsement and a very good sign for Puk, who is recovering from a shoulder injury, which required surgery and forced him to miss the 2020 season. A's GM David Frost stated back in December that Puk would be competing for a rotation spot with the A's. The left-hander is worth a late round flyer in fantasy drafts due to his prospect pedigree. It's best to wait and see how he looks and if he can remain healthy during Spring Training first. 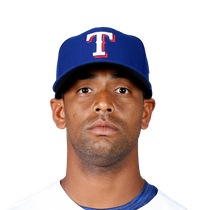 Khris Davis traded to the Rangers for Elvis Andrus

Fantasy Impact: There's no way to slice it, but Khris Davis stunk in 2020 with two home runs, nine runs, and ten RBI with a .200 batting average. It appears that his oblique injury from 2019 likely negatively impacted him and his swing. Before 2019, Davis recorded a .247 batting average in four straight seasons with three seasons where he smacked 40 plus home runs. Over the past month, Davis has an NFBC ADP near pick 500. If he gets back to his former power-hitting form, he's a great value based on his ADP. 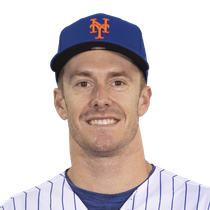 The Oakland A's and Mark Canha avoided arbitration by agreeing to a one-year, $6.925 million deal. (Source: Robert Murray on Twitter)

Fantasy Impact: This was Canha's final year of salary arbitration. He was a bit underwhelming from a fantasy perspective this past season, but a bounce back shouldn't be ruled out by any means. 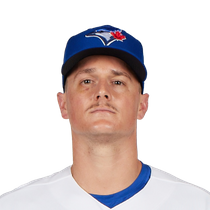 Matt Chapman agrees to a $6.49 million deal with the Athletics

Fantasy Impact: Although Matt Chapman suffered a season-ending hip injury, he crushed the ball in 2020 with an 18% barrel rate (98th percentile), 99 mph average exit velocity on FB/LD (No. 6), and a 51.7% hard-hit rate (95th percentile). Assuming health, buyback into Chapman in 2021. 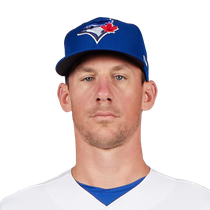 Chris Bassitt and the Athletics avoid arbitration by agreeing to a one-year, $4.9 million deal. (Source: Bob Nightengale on Twitter)

Fantasy Impact: Bassitt pitched well last season and was named the Athletics Game 1 starter in the ALDS. He owned a (5-2) record, 2.29 ERA, 1.16 WHIP and 55 strikeouts over 63 innings in 2020. Bassitt is expected to be in the top of the A’s rotation and everything sets up for him to be a productive pitcher once again in 2021. 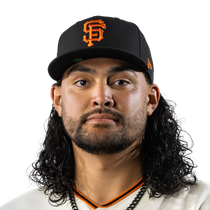 Fantasy Impact: Manaea went 4-3 last season with a 4.50 ERA, 45 strikeouts, and a 1.204 WHIP. Manaea looks to go back into his spot in the starting rotation for the Oakland Athletics. 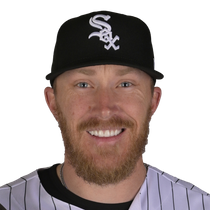 Fantasy Impact: The organization is fully expected to let closer Liam Hendriks leave as a free agent, which leaves the opening for Diekman to take over. The 33-year-old had a breakout season with the A's in 2020, posting a 0.42 ERA with 31 strikeouts in 21 1/3 innings. However, he also walked 12 batters during that time. Diekman was close to un-hittable, but control was an issue. There's a chance that Oakland brings in competition, but for now fantasy players can operate under the assumption that Diekman is the guy. 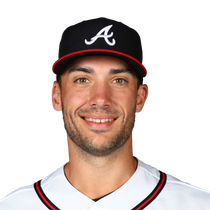 1B Matt Olson agreed to a one-year, $5 million contract with the Athletics Wednesday. (Source: Bob Nightengale on Twitter)

Fantasy Impact: Olson was expected to be tendered and will remain in Oakland on a one-year deal. He struggled to keep his batting average over the Mendoza line in 2019-20, slashing .195/.310/.424. Olson has elite power as he crushed 14 home runs over 60 games last season. The 27-year-old is an excellent bounce-back candidate for 2021. 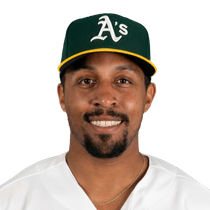 Fantasy Impact: Kemp appeared in 49 games for the A's last year, sporting a 97 wRC+ in 114 plate appearances. He will be in a battle for the second base job, as the A's are unlikely to retain the services of Tommy La Stella. 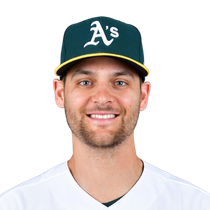 Chad Pinder agreed to a one-year, $2.275 million contract with the A's. (Source: Bob Nightengale on Twitter)

Fantasy Impact: Pinder hit .232 with two homers over 61 plate appearances in 2020. He remains on the fantasy sidelines for now, as it looks like the A's are banking on him to return to his 2018 form. 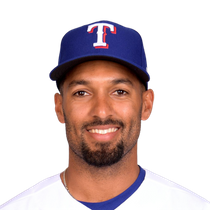 Marcus Semien went 2-for-4 with an RBI, a run scored, and a walk in the A's 11-6 season-ending loss to the Astros in Game 4 of the ALDS on Thursday.

Fantasy Impact: Semien notched an RBI single in the top of the ninth inning to score Robbie Grossman but, unfortunately, the game was all but over by then. The upcoming free agent had a poor regular season but did all he could to make up for it during the playoffs. He registered a .407/.484/.667 batting line to go along with two home runs and four RBI across 27 at-bats. 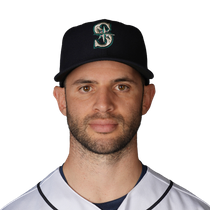 Tommy La Stella went 2-for-5 with an RBI as the A's lost to the Houston Astros 11-6 on Thursday, which ended their season.

Fantasy Impact: La Stella picked up an RBI single in the top of the ninth inning with the game well out of reach. He was excellent for Oakland after coming over at the trade deadline, slashing .289/.369/.423 with one home run and 11 RBI over 97 at-bats. The impending free agent should garner some interest on the open market after his stellar 2020 season. 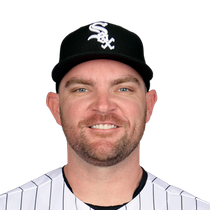 Liam Hendriks picked up the win on Wednesday when he allowed one hit with four strikeouts over three scoreless innings as the A's beat the Astros in Game 3 of the ALDS.

Fantasy Impact: Hendriks entered the game in the bottom of the seventh with the score knotted up at seven apiece and promptly retired the first three batters in order. Things got dicey in the eighth as Oakland retook the lead in the top of the frame but the first two Houston batters reached in the bottom half. Hendriks was able to end the threat, though, with a pop out, ground out, and a Josh Reddick strikeout, which caused the outfielder to snap his bat in frustration, to end the inning. He then retired the side in order in the bottom of the ninth inning to lock up the win. Oakland lives to play another day but they're still down 2-1 in the series. 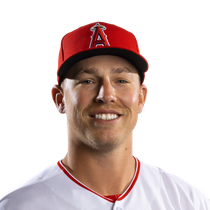 Jake Lamb is not the lineup for Game 3 of the ALDS against the Astros on Wednesday. (Source: Oakland Athletics on Twitter )

Fantasy Impact: Lamb will remain out of the lineup for the second consecutive game. He hit third in Game 1 of the ALDS, but hasn’t appeared since. Chad Pinder will draw the start at 3B.